At NAB 2016, Datavideo will be showing its new KMU–100, which will accept the single 4K/UHD output of any existing camera and turn it into up to four 16×9 user-defined cropped windows that are sent out as four separate HD signals through HD-SDI. 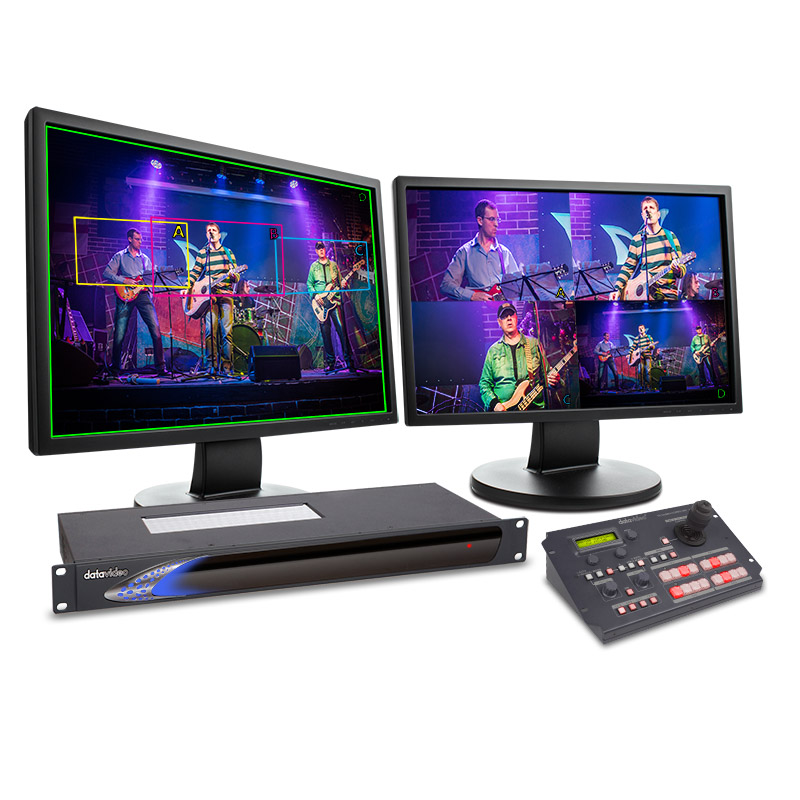 These user defined windows can be scaled to zoom in on a particular subject that you would like to highlight on the 4K signal. An additional 4K camera could be connected to allow up to eight defined outputs from the two 4K signals. As an option, the Datavideo RMC–180 camera controller can be added to facilitate panning, tilting, and zooming to create the user defined windows on the 4K signal. The user can also set up these shots in advance and save them as presets, or you can do it in real-time.

One example: If you wanted to broadcast a live three-piece band concert using a 4K camera, you would simply set up the 4K/UHD camera with a wide angle shot, then connect the camera output to the KMU–100. The, you could use the RMC–180 controller to select up to four 16×9 windows which could be positioned with a joystick as well as resized from any part of the original 4K signal. You can then have the following shots:

These 4 virtual camera signals (up to 1080p) could be connected to any HD-SDI video mixer (commonly but imprecisely known as “switcher”), giving the illusion of a multi camera production when in reality, you only have a single 4K camera. 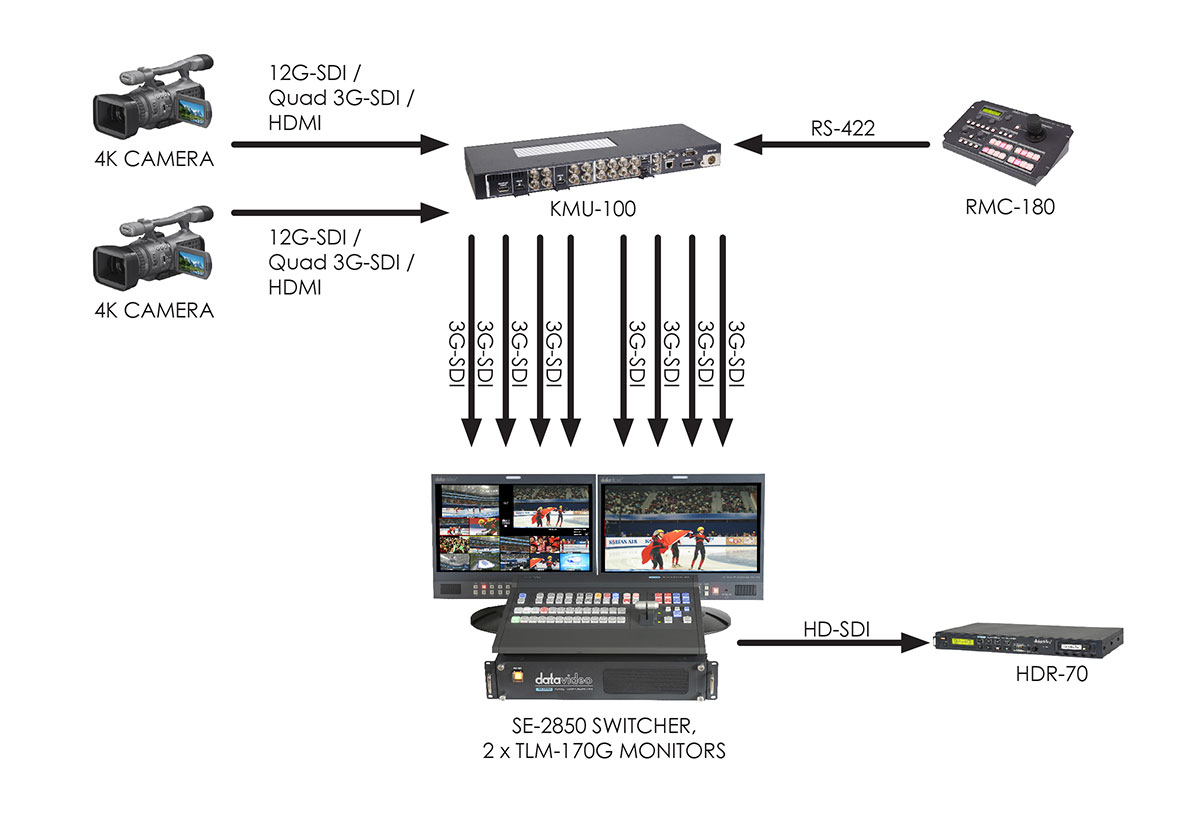